As a research fellow at Carnegie Mellon University in 2017, I oversaw data analysis and the complete site redesign as a project lead. 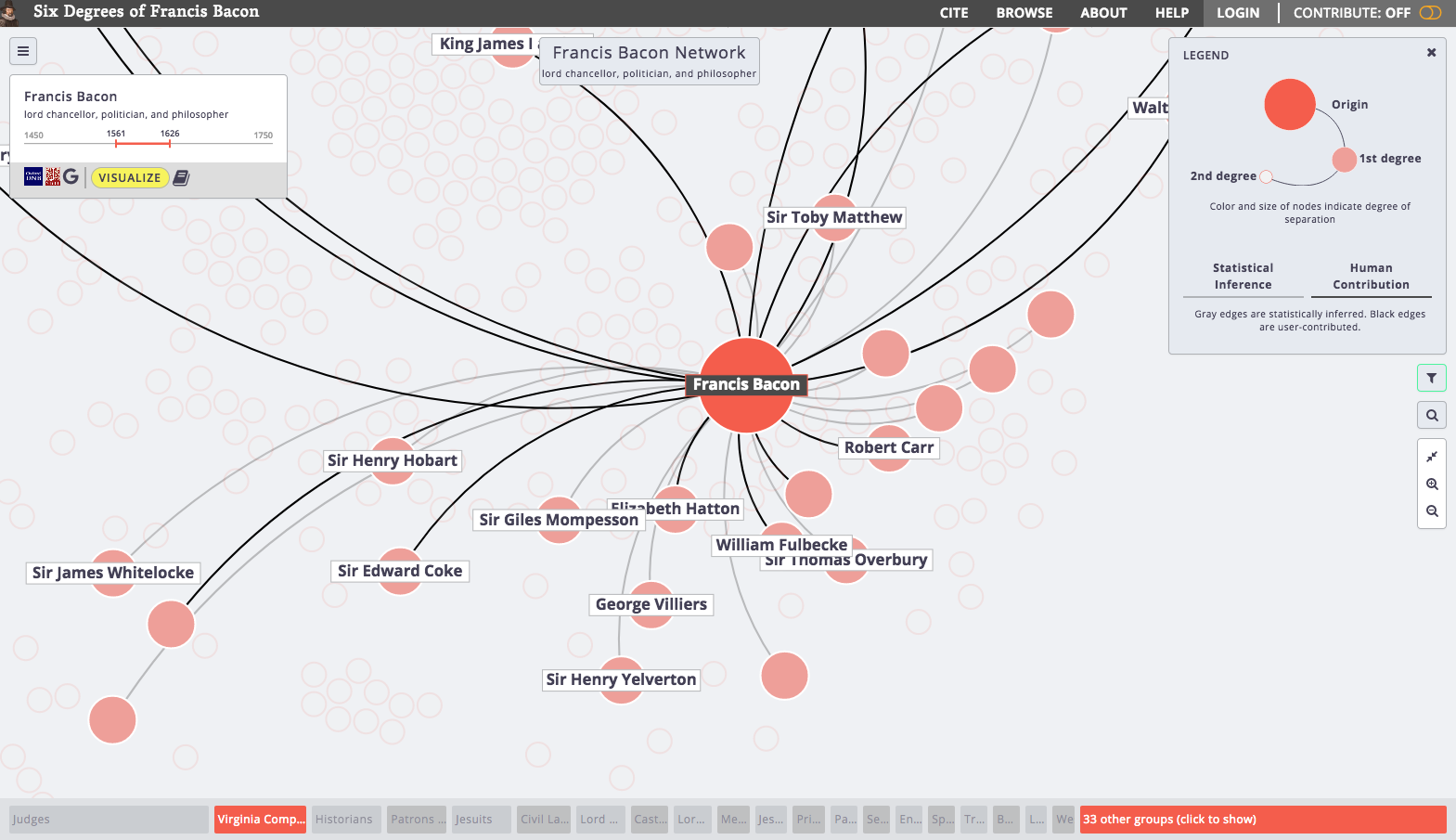 As postdoctoral fellow in DH at Northwestern University (my current post), I am a member of the project team for this large project that is focused on annotating, expanding, and analyzing the Early English Books Online–Text Creation Partnership corpus. 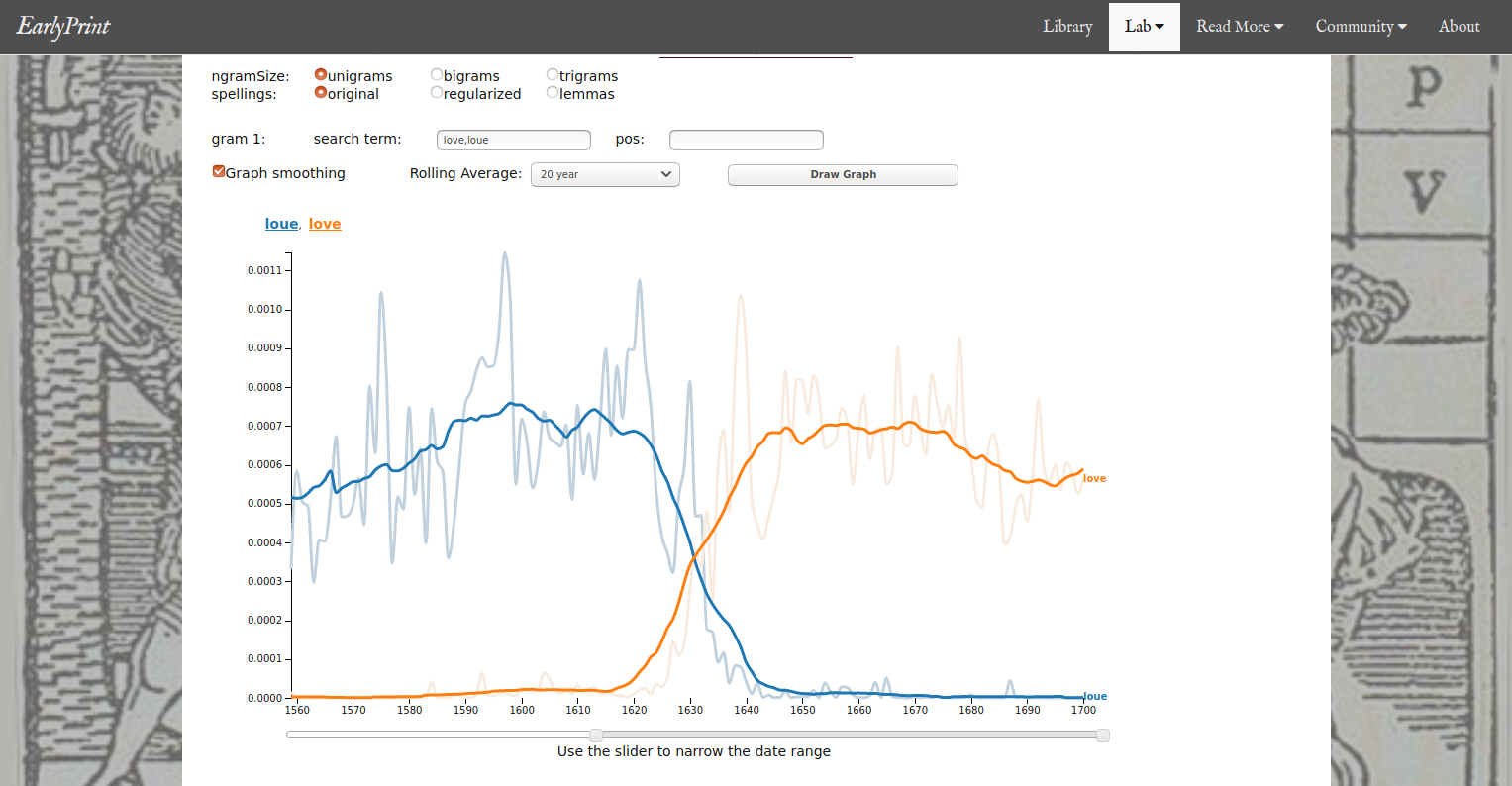 A browser-based tool for network analysis that focuses on quantitative network metrics, rebuilt in 2021 with Zoe LeBlanc. We’ve also been working with Palladio to incorporate parts of this tool into the latest version of their site. 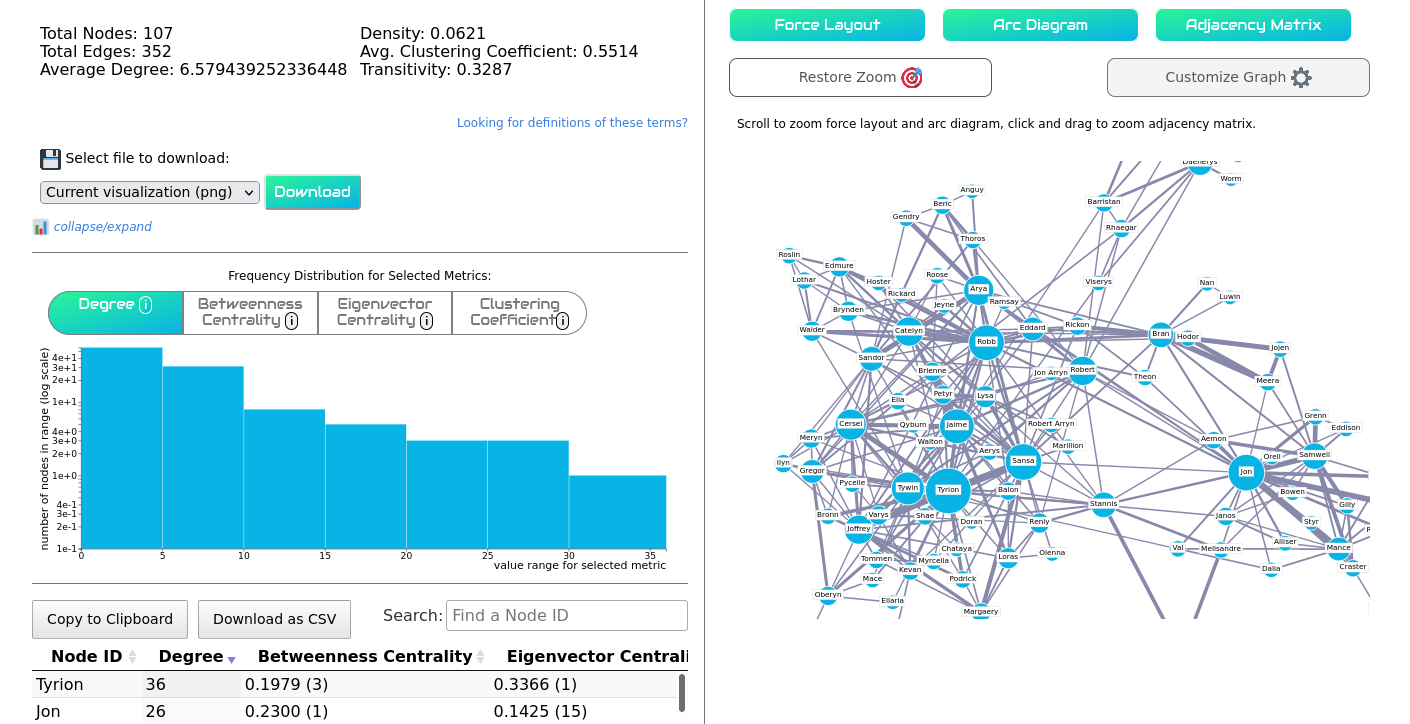 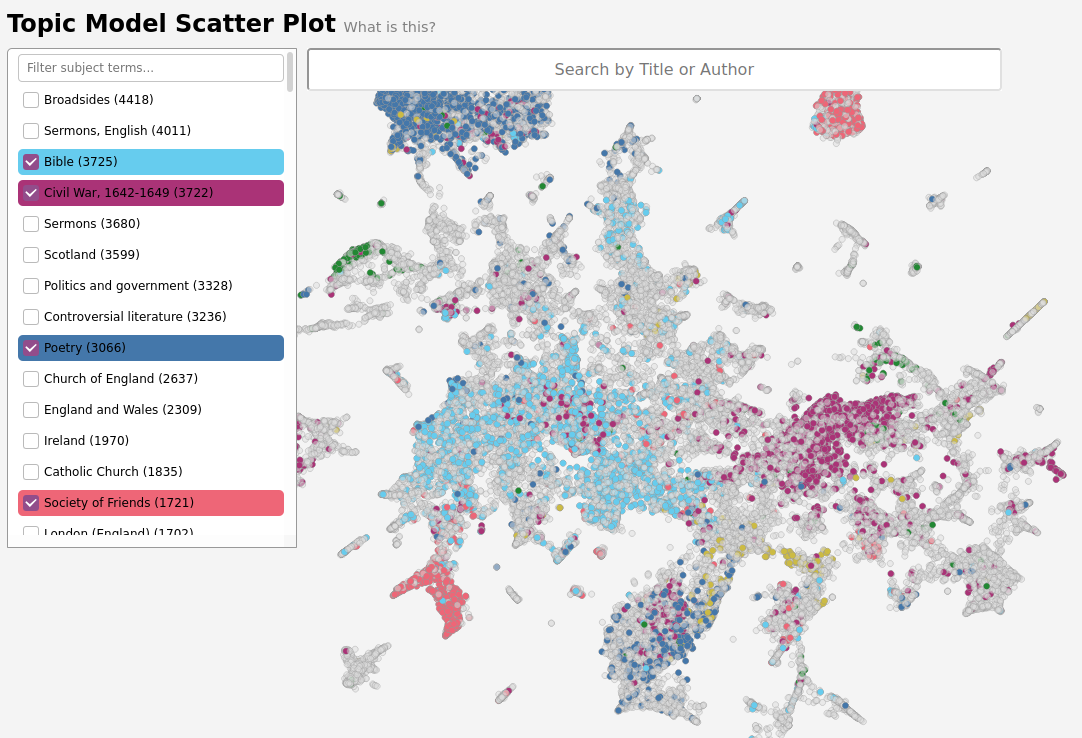 Endless Monument is an experimental poetry project that displays Edmund Spenser’s Epithalamion one line at a time, based on the poem’s own time-scheme. It began as a Twitter bot in 2014 and has since moved to its own webpage. [source] 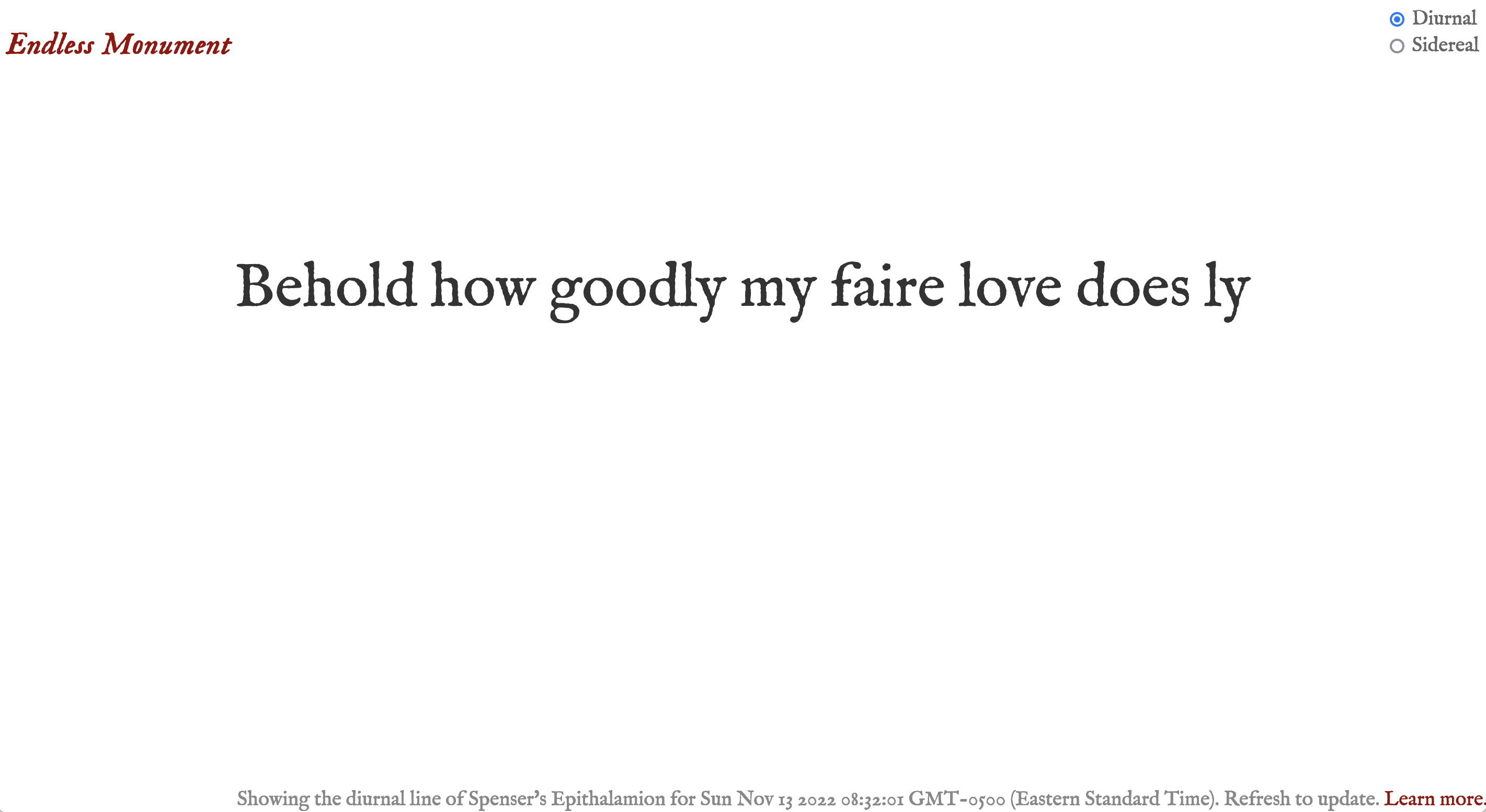 Also for EarlyPrint, a prototype search interface based on Corpus Query Language that finds near matches for phrases. This tool is meant to facilitate the study of text reuse in the EarlyPrint corpus. 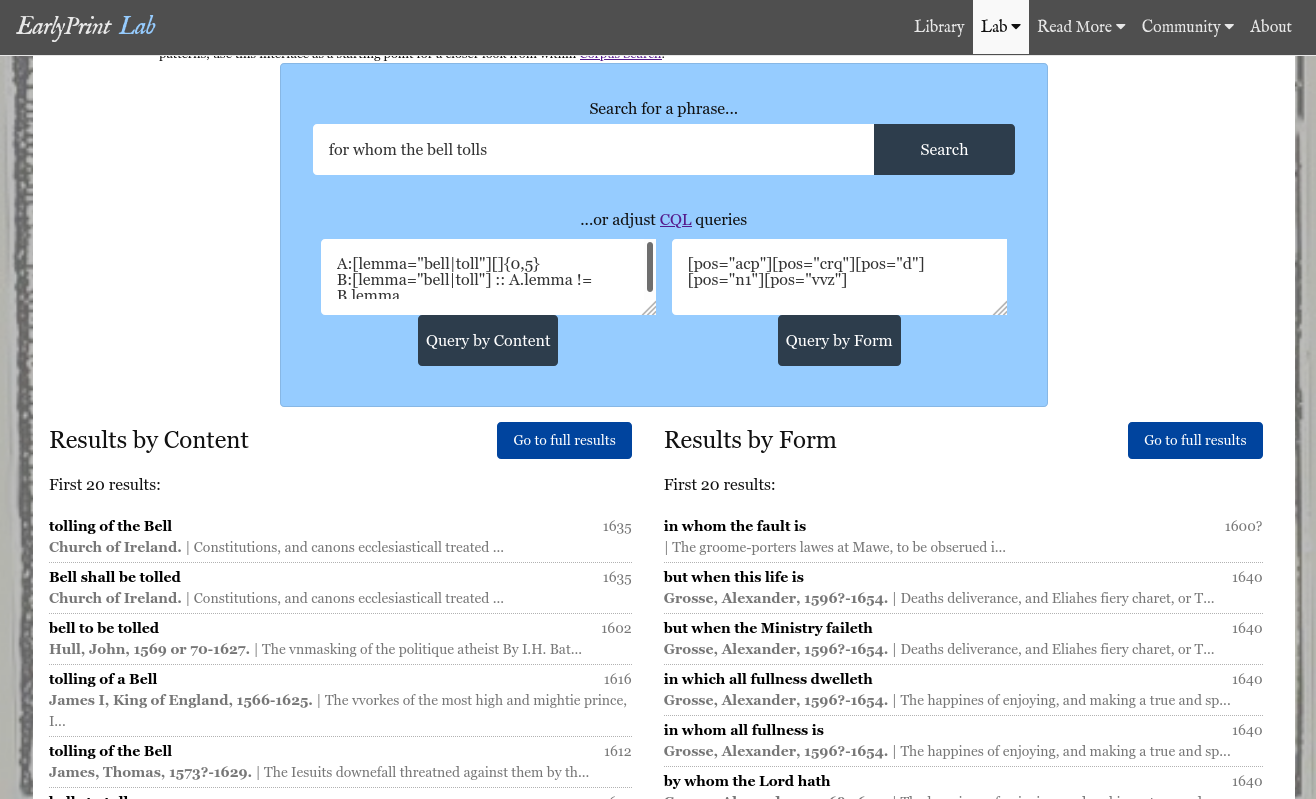 A major part of my current book project, this is a network analysis of names found in EarlyPrint texts. It includes applications of quantitative network analysis and graph theory, as well as named-entity recognition. 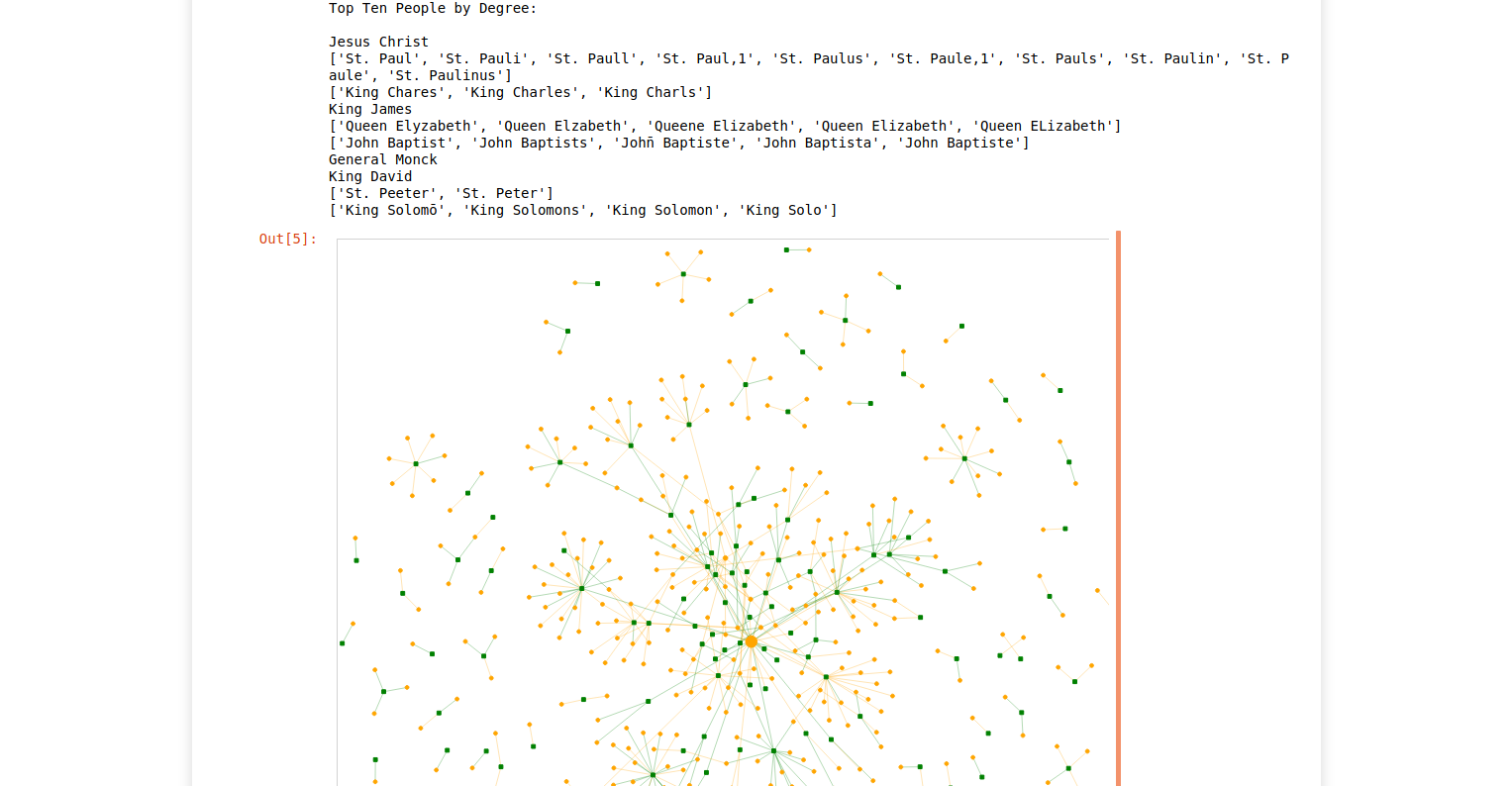 A data visualization and deformance project that explores Spenser’s use of color terms in The Faerie Queene. Allows users to rearrange Spenser’s color lines into unique poems. I published a short piece on this project for The Spenser Review. [source code] 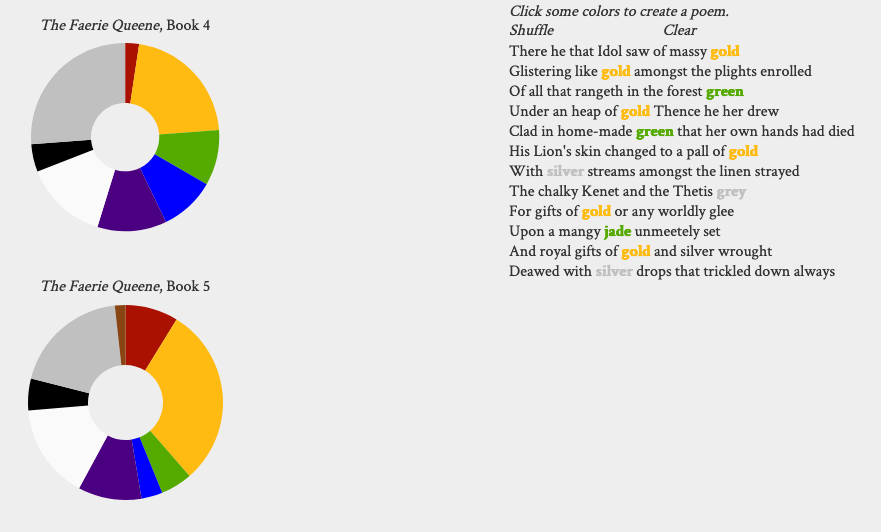 While at CMU, I participated in the early stages of this project, which comprises an interdisciplinary team of literature scholars, statisticians, and computer scientists who are using optical character recognition to identify printers of early modern books based on broken type. Though I’m no longer actively working on this project, I created the prototype site pictured here in early 2018. 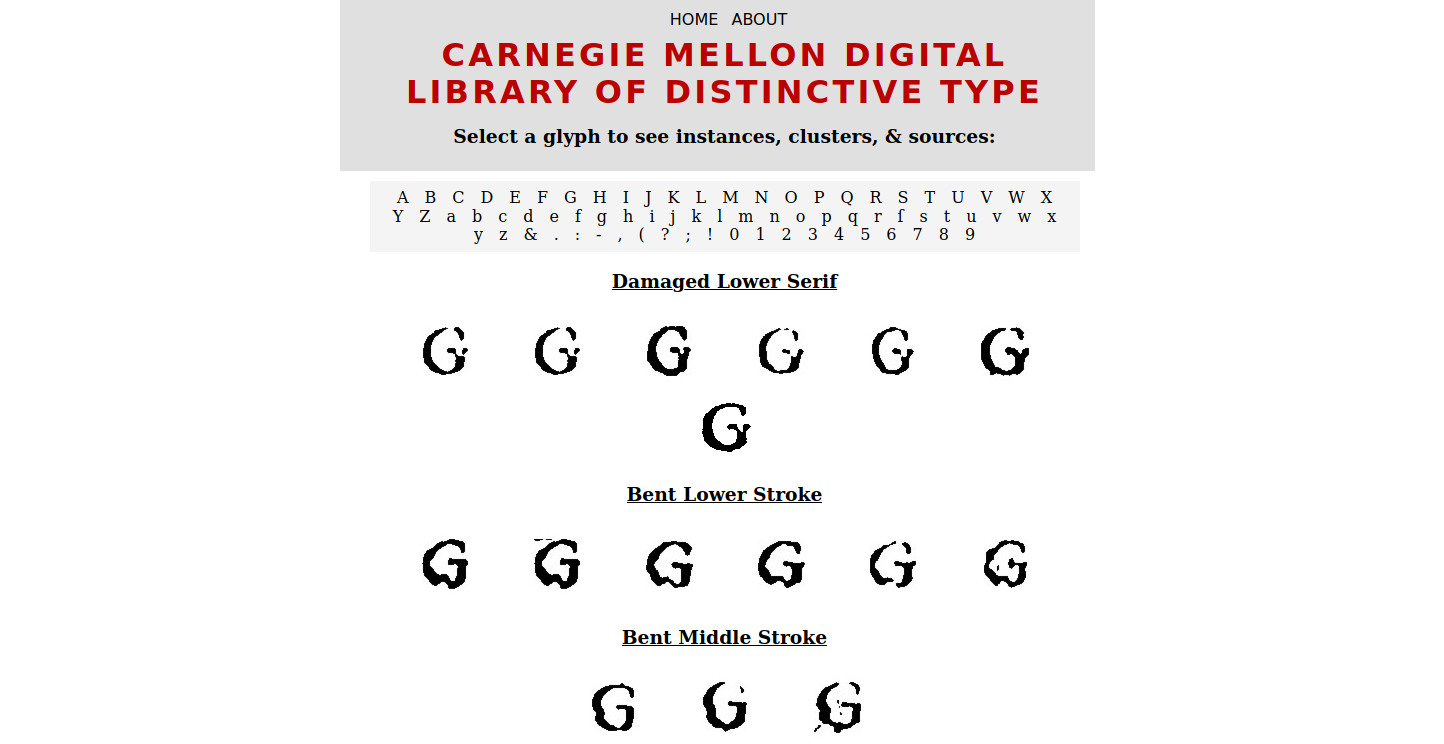 A first attempt at detecting meter in early modern verse, shown here running on Shakespeare’s Sonnet 116. This is a proof of concept for a project I hope to include in my prospective second book project, on computation and quantification in early modern english literature. 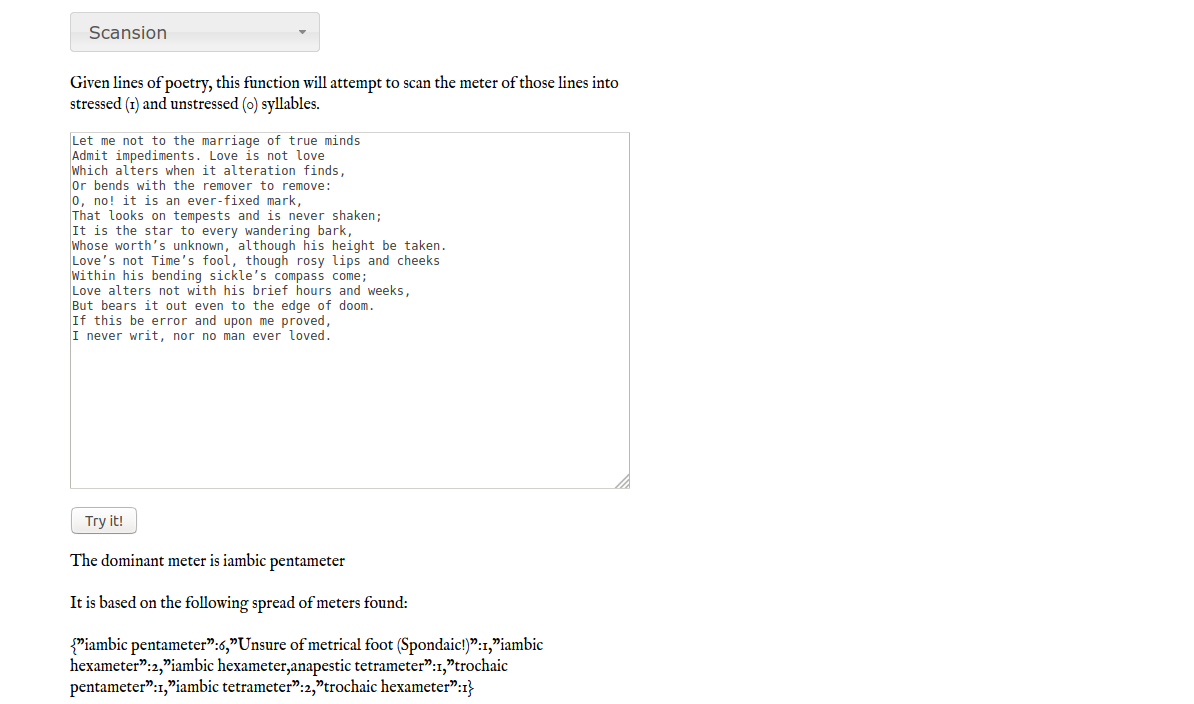 This bipartite network graph represents participants in university poetry collections during the 1650s and 1660s, information I hand-collected from EEBO documents while working with Steven Zwicker at Washington University in St. Louis. 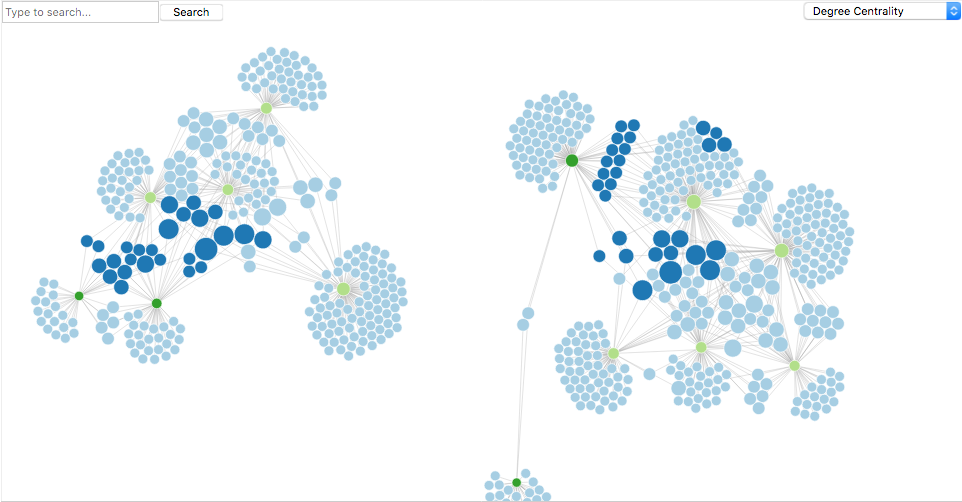 I created a network visualization of the three EMDA seminars at the Folger Shakespeare Library for a blog post summarizing the events. 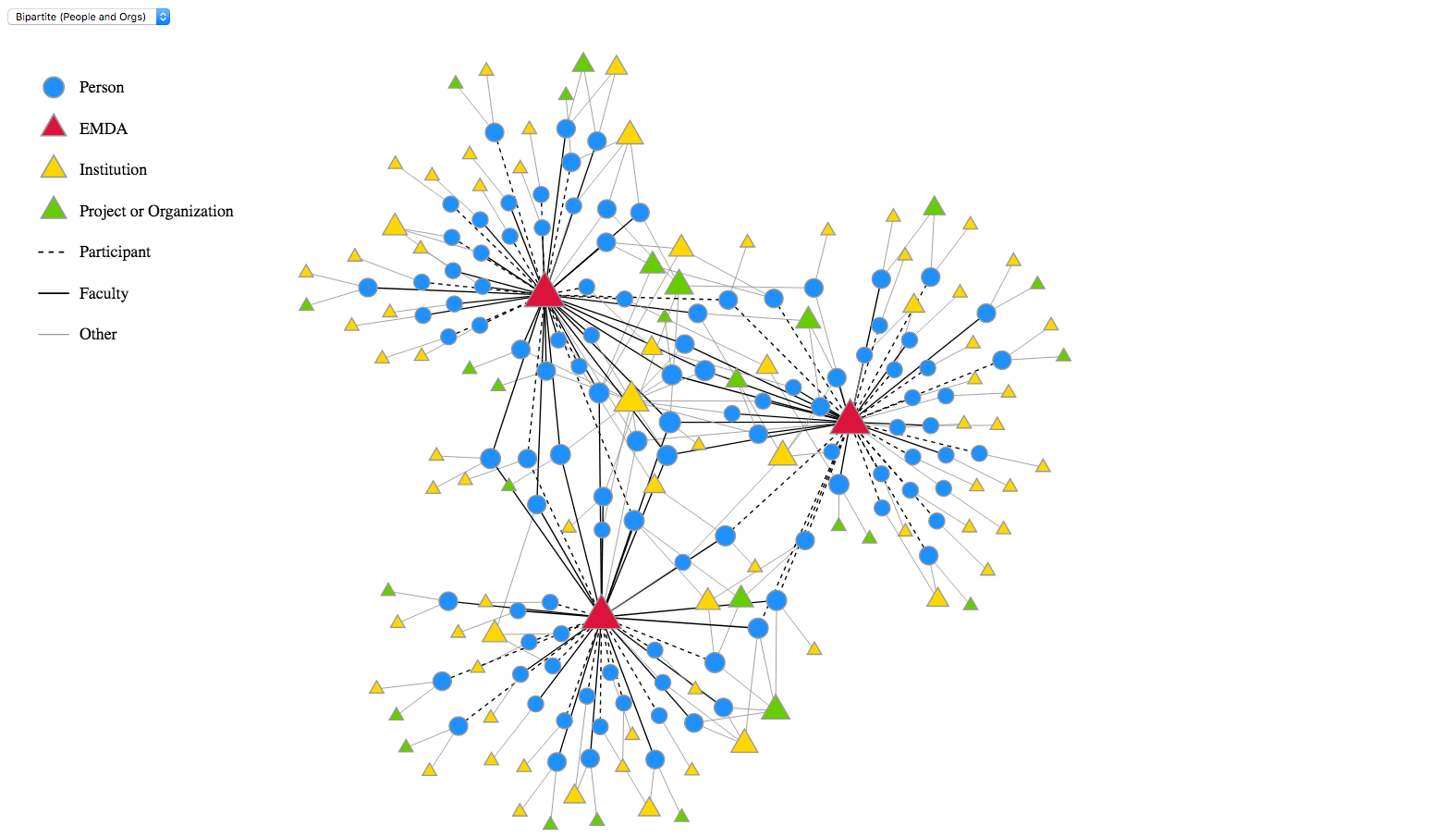 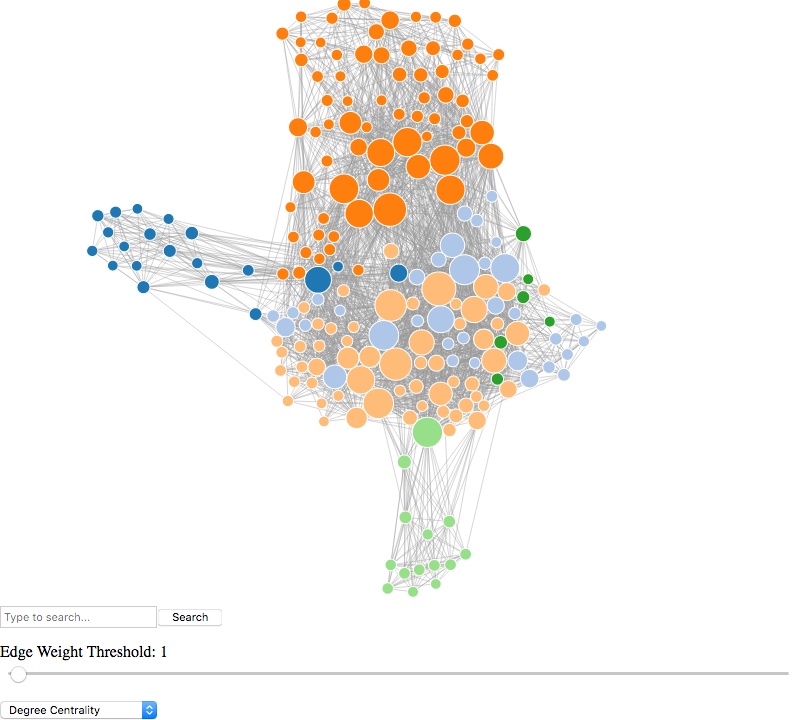